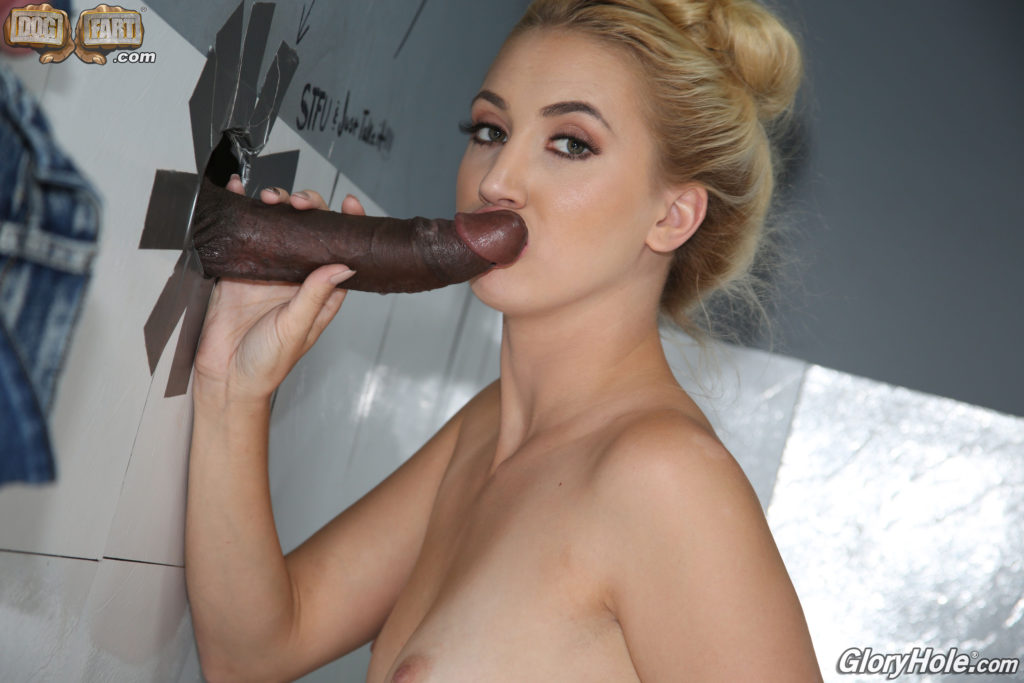 It’s Sierra Nicole‘s birthday, and her “bestie”, Piper Perri, has some big plans for their day!

It’ll start with a surprise!

“Where are we?!” Sierra says in disbelief, as petite Piper drags her into an adult bookstore!

Once inside, Piper has plans: get Sierra back to the arcade, where the private video booths play dirty movies.

Once inside, Piper, who’s been “really into girls” lately, jumps Sierra‘s bones!

But Piper has bigger plans.

So, when a small white dick comes through “the hole”, the girls don’t know whether to use the white pee-pee as a shoe hanger…or just leave and go find something else to do.

Which is when Piper‘s “big” surprise pops through the second hole!!

Watch two blonde Snowbunnies, with glee and delight, work the BBC while humiliating the white boy.