Warning: The following blowbang with Valentina Nappi defines the very word of “insanity.”

The Italian import makes her return to our network by orally pleasing the cocks of about a dozen guys. Valentina’s completely in charge of the situation as she verbally degrades the gang of black guys right before stuffing their big black cocks in her mouth.

Now, if this was all that happened then it would still be a stellar scene. However, Valentina gets tossed around like a rag doll by some of the angriest black guys this side of the tracks. 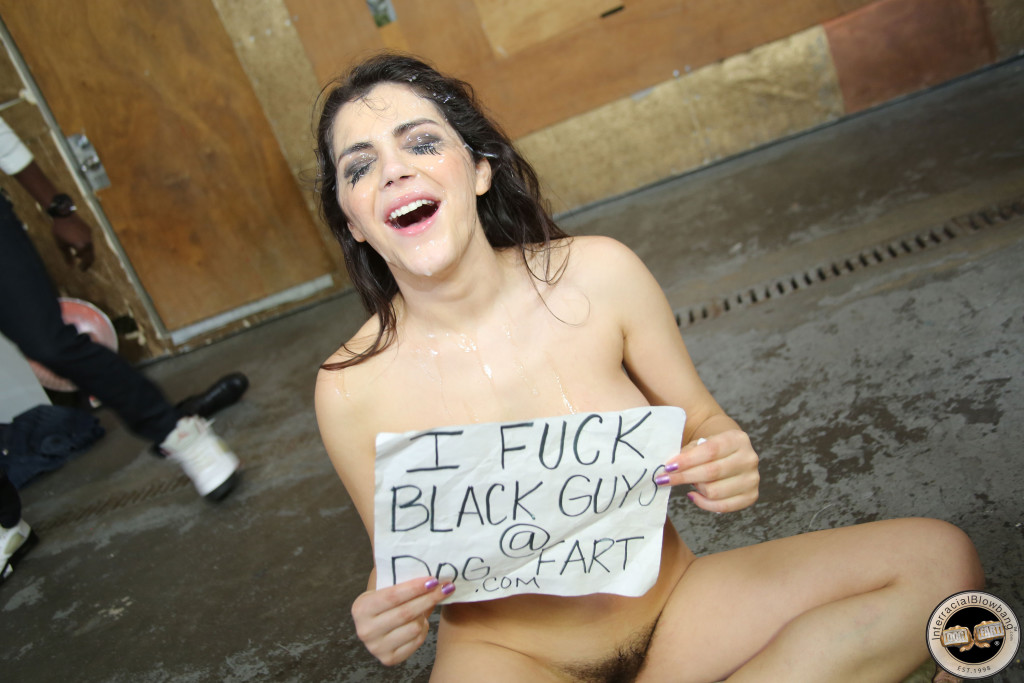 Farts
– No fucking, but then it is a blowbang